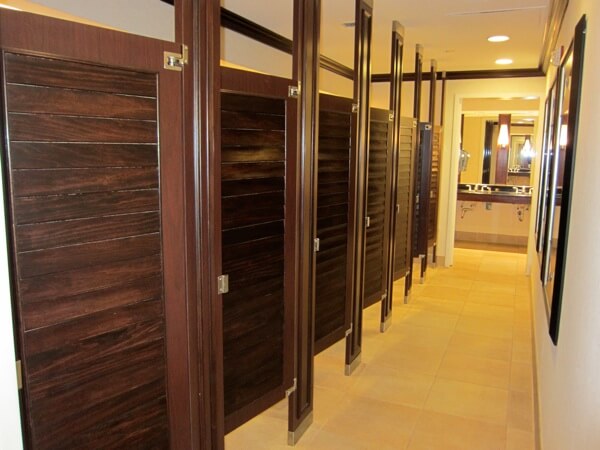 I went with my boyfriend to Costco yesterday, but before we started shopping I needed to stop by the bathroom. Besides having to use my wheelchair, another condition of my SCI is when I gotta go, I gotta go. I need to pee fairly quickly so I don’t have any issues, and by issues I mean piss myself. Yup, I said it. It is what it is.

Well, I rolled in the practically empty bathroom to see all of the stalls open…except the only large one that’s big enough for me to fit my wheelchair in. A teenage girl stood next to the door of the stall, while red Converse peeked out from below in front of the toilet. A few women came in and noticed I was still waiting after they were done, so they loudly said, “Oh, you need the large stall huh?” The red Converse failed to move. The friend outside tried to let her friend who was in the stall know to hurry by tapping her foot, but said nothing. Finally, after taking a picture and texting my boyfriend how sorry I was he was stuck waiting on me, she emerged. She saw me and gave me a flippant, “Oh, I’m sorry.” It’s then I realized I need to talk about this.

I wonder why this hasn’t been addressed, and I think part of it has to do with the fact someone doesn’t want to admit the downfall of their bladder. I can’t begin to tell you how many times I’ve had to wait on someone using the big bathroom or single handicap bathrooms. Generally it’s because they want privacy to take a crap. Then I’m not only stuck waiting longer, but I also have no other option than to roll into a fart cloud the size of a small car.

I know, I know, I’m being a little critical and my expectations may not be the most realistic. However, you can judge my perspective once you’ve pissed yourself because you were unable to use the only accessible bathroom, forcing you to go home early from whatever event you may be at…all because someone liked the big stall. I understand, its pure ignorance, and that’s the purpose of this article; to spark awareness.

I just wish the accessible bathroom were the last resort for people, but instead it’s the opposite. Everyone loves the big stall, I get that. I don’t expect people to understand what the urgency is like, that’s unrealistic. However, now that you understand that it occurs, keep that in mind next time you choose a potty.