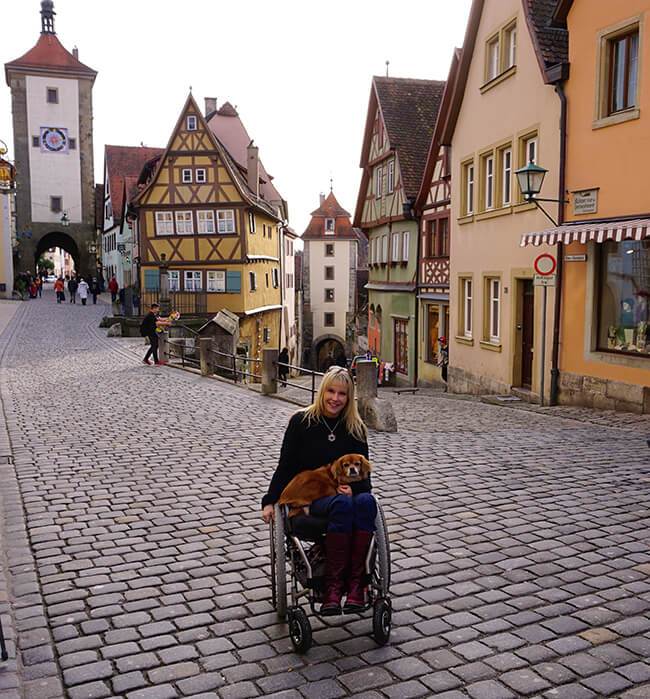 Living Abroad in a Wheelchair

Having lived in Europe for the past two years, my friends and family often ask me what I miss most about the United States. While my response is always that I miss my loved ones more than anything else, Title III of the Americans with Disabilities Act comes in second, a very close second in fact.

Of course, there are always improvements to be made in regards to equal access to society for people with disabilities, but the Americans with Disabilities Act is the most far-reaching, comprehensive piece of civil rights legislation in the world protecting people with disabilities. With the only exception being the United Kingdom’s Disability Discrimination Act of 1995, renamed the Equality Act in 2010, no other disability rights law on the planet even comes close to the ADA. One of the primary differences is the ADA prohibits discrimination by places of public accommodation. And that difference is huge when it comes to one’s quality of life.

I reside on a United States Army base in Stuttgart, Germany so almost everywhere I need to go is accessible to people with mobility impairments. While the Department of Defense is exempt from the ADA, in 2008, the Secretary of Defense stated the DoD would adhere to the ADA whenever possible. Further, they must conform to the Architectural Barriers Act (1968), Section 504 of the Rehabilitation Act (1973) and the Fair Housing Act (1988 Amendment). However, when I leave my little American cocoon, the virtual guarantee of equal access disappears.

Germany has two laws designed to improve the quality of life of their citizens with disabilities- the SGB IX of 2001 and the BGG of 2002. While the creation of these laws was partially influenced by the ADA, neither pertain to equal access in public accommodations (Title III). In fact, no statute like the ADA’s Title III exists on the entire European continent (with the previously noted exception being the United Kingdom).

There are other notable differences in German disability rights law and the ADA. In Germany, all public and private employers with a workforce of twenty or more are required to fill five percent of their jobs with employees considered severely disabled. Failure to comply with this quota results in a monthly fine. Additionally, Germans with severe disabilities receive an extra week of paid vacation. There are other differences between the German disability rights laws and the ADA, but with the exception of new construction and government buildings, the biggest difference is there is nothing mandating stores, restaurants, salons, theatres, museums or other places of public accommodation to be accessible to people with disabilities in Germany. Of course, there is a language barrier, different rules, and a lot to get used to in regards to social mores and driving, but, for me, as an American wheelchair user, the absence of a Title III-like statute has by far been the most challenging thing about living abroad.

The first day my husband and I arrived in the exciting land of castles, pretzels, and beer, we drove down the main strip near our new home, and I noticed almost every store and restaurant had steps. My very first thought was, “what have I done?” After all, I was the one who had asked for this Army assignment in order to take advantage of the travel opportunities. I wouldn’t change it, but it has been difficult.

Words can’t express how glad I am that in my home country not only is there an equal access mandate for businesses, but there are effective enforcement mechanisms in place.

In the United States, I never have to call a store or restaurant in advance to ask if the establishment is accessible to people with mobility impairments like I do in Germany. In the States, it is just a given that there’s at least accessible parking and an accessible entrance. On the rare occasion, I do run into a barrier; I can make a note of it so I can let my attorney know later. Over the years, I have filed and won dozens of Title III lawsuits in several states, and it’s probably the most important thing I’ve done in my life to bring about positive change in the world. To have a random person approach you in public and ask if you’re the one that sued such and such restaurant, then thank you profusely for doing so because her daughter can now eat there, makes all the effort worth it. And to me, it reinstates the fact that enforcing the ADA is the right thing to do. I have used the other enforcement measure as well- the Department of Justice’s complaint process- and they have responded and sponsored mediation. Without enforcement measures, a law is meaningless. That is one thing I am certain of.

I am incredibly grateful to the thousands of American disability rights activists of the 60s, 70s, and 80s who protested, chained themselves to buses, camped out in government buildings for days, and were willing to get arrested. They did it all so millions of people could gain legal protection against discrimination- pervasive discrimination with a long history. I used to say I couldn’t imagine life without them, but now I can to an extent because I’ve lived abroad.

I’ve chatted with several German wheelchair users, and the ones who have been to the U.S. think it’s an accessibility utopia. Compared to most other countries, they are absolutely right. After all, they don’t reside in a country where hand controls are guaranteed in a rental car if requested. They don’t live in a place where at least one ATM must be accessible in any location they exist. They don’t live in a place where it’s illegal to charge more for an accessible hotel room. And there are a thousand other accessibility-related rules most Americans with disabilities take for granted.

I’m not saying the United States is perfect in regards to disability rights and societal inclusion. We undoubtedly fall behind much of the Western world when it comes to access to healthcare, and that’s certainly a discussion which would require a separate, very lengthy article. Then there’s the United Nation’s Convention on the Rights of Persons with Disabilities. While over 150 nations have ratified the CRPD, even countries such as Afghanistan and Haiti, embarrassingly the United States has yet to do so. That said, we get a lot of things right. And as far as I’m concerned, we are still the global leader when it comes to disability law and policy.

If you’re one of those people who complain about the limitations of the ADA, I have two pieces of advice for you:

My first suggestion is to quit complaining and instead use the ADA’s enforcement measures to create positive change in your community. You may start with speaking to business owners. I find that works about half the time if ADA compliance involves only small changes.

Secondly, if you enjoy travel, I recommend using your passport. Get it filled up with stamps if you can. Your perspective will change if you do. 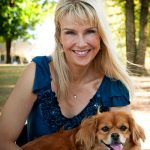 Kelly Narowski is a professional speaker, disability rights advocate and graduate student. Her primary speaking experience is in safety, having delivered safety presentations to over 300,000 service members as a government contractor, but her goal is to transition to the disability element of diversity training. Her website is www.kellynarowski.com.

Having served as the liaison for the 82d Airborne’s Wounded Warriors Committee, board member of Kansas City’s Center for Independent Living, and various other memberships in disability advocacy and outreach organizations, Kelly has vast experience as a disability rights advocate.

She holds a BS in Health and Exercise Science and General Psychology from Missouri Western State University. In December 2017, she will graduate with her MA in Disability Studies from CUNY’s School of Professional Studies, with an emphasis in law and policy. Kelly is certified by the University of Missouri as an ADA Coordinator and by the University of Pennsylvania as a Master Resilience Trainer.

As the spouse of an active duty Army officer, Kelly moves frequently and currently lives in Stuttgart, Germany where her husband is assigned for 3 years. During her lifetime, she has traveled to 35 countries on 4 continents. (By June 2018, that number will be 43 on 5 continents). Besides travel, she enjoys photography, reading nonfiction and spending time with her rescue dog, Tommy.