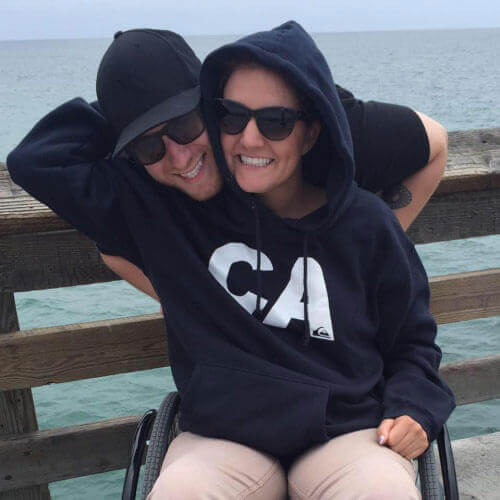 It seems like a lifetime ago I was candidly writing about my adventure back in the world of dating after a failed marriage. If you’ve read any of my writing prior you’ll know I’m not one to sugar coat things, and as I’ve said before, I’m not about to start. I was excited and nervous to be getting back out there in the dating game while working out all of my “crazy” after the ultimate betrayal. For those of you that have been cheated on, you know what I’m saying. Having my relationship sink like a ship left me out there wondering around, trying to rediscover myself and free myself from troubled thoughts.

I went from one date to the next, occasionally multiple dates in one day. I was completely opposed to the idea of a relationship, because I knew I had to work through a few things, including my trust issues. I began to realize the dates were a distraction from my own issues I had to face, so I slowly began to focus on myself. I got back in the gym, reunited with old friends, and began to shake off all the crazy clinging to me.

As I improved myself, the caliber of men I dated subsequently improved as well. I began finding out what I liked and didn’t like. I didn’t date for the sake of filling time, and I began opening up to the idea of a relationship. The top two NO’s were clingy and stupid. I just can’t deal with it. I wanted someone intelligent and financially independent because I don’t want no scrub (sing it with me). I wasn’t looking, but I was open. I found comfort in knowing I was fulfilled with or without a man. I had found my independence and it felt great.

As I perused Tinder, swiping away with my quad paw, I came across “Nick, 25.” A white, bald guy with bright eyes and a smile that makes you yourself smile. I was curious; he was thousands of miles away. His Instagram was linked, so I snooped away. He was in Prague for a sabbatical. “YES! He has a job!” I thought to myself. He seemed funny, and I thought he was handsome, so I popped back on Tinder, and we were a match immediately.

Because of our travel schedules we were forced to message and talk on the phone for a little over two weeks, a stark difference from the usual instant gratification Tinder offers. Finally, the day came where we were going to meet face to face. I left California early that morning and made it home to have dinner with Nick that same night because he was leaving for Florida the next day. I answered the door, and we had instant chemistry. My heart beats a little faster even thinking about it. Within a minute or two he stated, “I think I owe you something.” I had a confused look as he leaned down and kissed me. Seriously! Is this not out of a fairy tale or what?

We talked for hours with silent moments just grinning at each other. I thought he was different, and I was right. We fell for each other, and hard. I thought, “Finally, all the stars are falling into place, and I’m over my crazy.” I was wrong. I still struggled with trust and allowing myself to be vulnerable despite having a man who gave me no reason to distrust him. The difference with him? He was willing to chip away at my wall, even though I kept rebuilding. My past experiences left me scared and callused. I was unwilling to soften, to be open, to be vulnerable.

Don’t get me wrong, I am generally delightful and was kind and appreciative to Nick. It was more a struggle I had within my own mind. Ultimately it was just self-preservation because I didn’t want to be hurt. I slowly began to stop rebuilding my wall as Nick chipped away at it just as he had promised to do. All of his actions support that he is a person of his word and that he has my best interest in mind. He’s genuinely accepting and loving. He is soft, and I feel safe with him. He doesn’t hold grudges or make snide remarks to boost his own ego. He’s a real man who admits his faults and lovingly holds me accountable for mine. My mom said I needed a completer, not a competer. I found that someone to complete me, and continue to help me grow.

Does that mean I’m crazy free? HELL NO. In fact, I’ve just come to terms with the fact that I’m crazy. Sometimes I do things that piss off Nick or ask too much of him. Instead of resenting me he communicates that to me and is patient with my antics. I don’t look at my past experience as wasted years, instead as Dali Momma said, “You would have never appreciated Nick like you do if you hadn’t gone through what you did with [BLEEP].” My mom is right, and that’s just yet again another reminder that perspective is everything.

See Part One and Two of Gina’s Journey back to Love, an amazing, funny, heartfelt and honest road that will open your mind and hearts to the risks and rewards that come along the way.

Have your own Dating Story? Share on our Series:Profiles in Online Dating: Woman with Disabilities Share Their Road Back to Love, Lust and Empowerment and email us at [email protected]