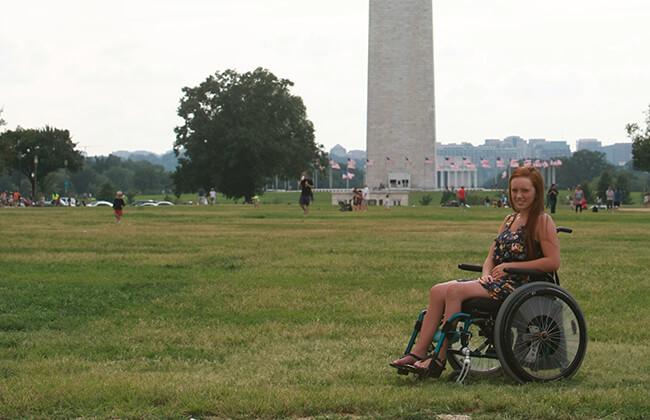 The Presidential election is quickly approaching, and despite whoever wins, people with disabilities will be greatly affected. The question disabled people must ask themselves before pulling the lever is which candidate will benefit them more. 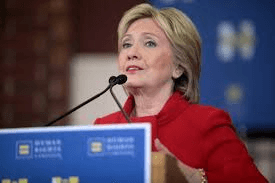 Clinton also announced during the primary season that she supports the Disability Integration Act (“DIA”), which would require private health insurance companies to pay for long-term care, which includes personal care services and nursing home stays. After publicly supporting this, she added the improvement of long-term care for people with disabilities. Thus, under the Clinton administration, the “DIA,” with the right congress, will be passed, and people with disabilities will no longer be forced into nursing homes and institutions simply because they can not care for themselves but, instead, be permitted to live in their communities with the personal care they need and deserve.

She has also made the point to include people with disabilities in her advertising campaigns and literature. She has dedicated a portion of her website to disability policy.  She’s hired employees to her campaign, both super volunteers and paid staffers, with disabilities. And, she also created a Facebook group called “Disability Action for Hillary,” which has discussed disability issues and galvanizing the disabled community, which can largely been found predominantly online. She is also making it possible for people with disabilities to get to the polls or submit absentee ballots. She has, additionally, put forth a great outreach to the disabled electorate and responded to every disability policy questionnaire given to her campaign. And she has many times provided, though certainly not every time, as is required by law, ADA seating and American Sign Language interpreters at her rallies and fundraisers. So, if her administration is anything like her campaign, people with disabilities will be included both in her administration and her policies and will be helped in a significant and historic way. 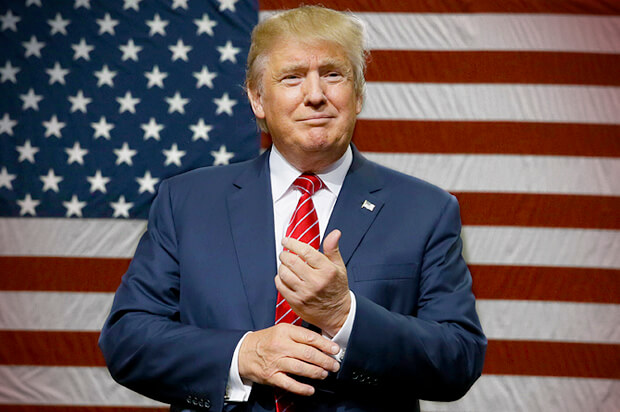 The Republican Grand Old Party (“GOP”) nominee, Donald J. Trump, has had a very different approach to disability policy and outreach to people with disabilities. As traditional with the GOP, the Republican Party, including the Trump version of the party, has a different approach of disability outreach than Clinton. Republicans believe that the way to help the economy and, thus, those in need, is to cut taxes.  Under this economic theory, called Trickle Down Economics, tax cuts spur economic growth, job creation and the ability of people to give to charity, which will help the needy, of which people with disabilities are often, unfortunately, a part. However, tax cuts lower government revenue, which is used to pay for things like Social Security Disability Insurance and other entitlement programs, upon which people with disabilities rely to survive. Thus, Trump has not focused on disability policy or even laid out a plan for people with disabilities. So, unfortunately this part of the electorate has very little information, upon which to base their vote for Trump.

However, while Trump’s campaign has ignored every disability right’s organizations’ disability policy questionnaire since January, this month, it finally responded to New Jersey’s Rev Up’s disability policy questionnaire, which can be found here. (Insert hyperlink http://www.aapd.com/our-focus/voting/2016-election/presidential-candidate-questionnaire/trump-campaign-response-rev-questionnaire/). While the community was thrilled to finally receive a response from Trump on one of these questionnaires, his responses left the community not much more informed than they were without responses. He promised to support the disabled community and ensure that we are better employed, but he failed to delineate how he would actually effect these changes and through which avenues he would do so. So, while the responses were supportive of the community, it lacked the substance to give us an idea of how he would, in fact, support us if he were to win.

However, Trump has made a couple other achievements to support people with disabilities. He had a blind woman sing the national anthem at the opening ceremony of the Republican National Convention. And the RNC was, by and large, ADA compliant, allowing disabled delegates to rightfully participate in the political event. And Trump, throughout his campaign,  has often provided ADA seating and ASL interpreters at his rallies, allowing people with disabilities to participate in his political revolution, as he has coined it.

This showing of support, while encouraging, however, has come months after antithetical behavior that led them to believe that Trump may not support the disability community the way he now claims. The first of these blunders was in the fall of 2015, when he openly mocked Sergei Kovaleski, a disabled journalist for the New York Times, at a South Carolina rally, on national television, by curling his arms in a fashion similar to Kovaleski and saying “this poor guy. You gotta see this guy.”  While he denied this behavior, calling it an imitation of groveling, he said the behavior was because he had never met the journalist and, thus, was ignorant of his physical disability. However, soon thereafter, evidence surfaced that Trump and Kovaleski met on multiple occasions and were on a first name basis.

Trump later said he would never mock a “handicapped” person, an outdated and offensive term for disability, because he’s spent so much money making his properties accessible. However, Trump is required by law to make his properties accessible and has been sued on a number of occasions, including by the United States Department of Justice, for failing to meet accessibility code promulgated by the ADA and the DOJ – cases, in which Trump settled.

And only a few days ago, news came out that Trump often referred to Celebrity Apprentice contestant, and Academy Award winner, Marlee Marlin, as “retarded” on multiple occasions. “Retarded” is a highly offensive epithet to imply an intellectual disability, a disability Marlin most certainly does not have. So it was yet another example of Trump’s disrespect for people with disabilities.

Thus, while his campaign may have written words of support for the disability community, it appears obvious that a Trump administration would treat people with disabilities with disdain and an absolute lack of respect. It is doubtful that his administration would ever prioritize disability policy when his campaign hasn’t even made an effort to create a disability policy plan on his website. And it is highly unlikely that he will hire members of his staff with disabilities when he calls them “retarded” and mocks them, a truly sad digression from the GOP, the party who signed into effect the ADA and the ADAA (ADA Amendments Act).