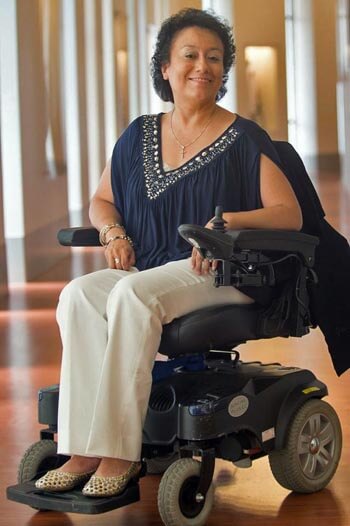 Profiles in Online Dating: Woman with Disabilities Share Their Road Back to Love, Lust and Empowerment

WHY AM I DOING THIS?

To help change the misconceptions mainstream society have about people with disabilities and dating. I have been divorced for about 13 years and when I was younger, I was looking for a loving, patient, understanding partner. Unfortunately, I found that I was attracting only very young men – young enough to be my kids – who were probably looking for me to leave them my Ahwatukee home, or older men who were old enough to be my father. I was not looking to be someone’s mom (I was already someone’s mom) or to have a father figure to take care of me.

In some cases, it seemed I was considered a charity case by the obscene offers I was made. In many other cases, it was apparent that the men felt as though I should be grateful that they even placed their eyes on me considering my condition. This experience was apropo and validated a statement made by my ex-husband to me one day. He said that no man in his right mind would want me as I was damaged goods. While a lot of ugly things are said when getting divorced, I recently choose to take the power away from those who attempt to lower my self-esteem. Also, I got the impression from many people that any man willing to accept my disability should suffice. I gave up looking as I figured it was better to be alone than with the wrong person. Just because I was physically challenged, I was not going to lower my standards of what I was looking for in a man.

Recently, I have been working out, changed my diet and lost 26 pounds. This has increased my self-esteem and desire for a more intimate relationship. I feel good about myself now and when my friend Gina told me to join Match.com, I did it even though I felt I was too old to start dating again. I had not dated in 30+ years, yet she made me understand that I was still an attractive, sexual being no matter how old I felt. She helped me very much in writing my profile. She has a knack for writing which I do not possess.

WHAT LED TO THE DIVORCE?

After being married 9 1/2 years, I suffered a stroke in my brainstem due to a malformation and subsequently had brain surgery. According to the doctor, the type of stroke I had should have killed me and the supposedly necessary operation had a high percentage of death. Therefore, I had the last rites given to me which is one of the sacraments in the Catholic religion. Obviously, neither the stroke nor operation killed me. I beat death twice and I believe God wanted me to be around for a purpose, mainly to a raise my daughter and help her become the wonderful adult she is now.

Five and a half years later, after 15 years of marriage, I was officially divorced. I guess becoming a disabled person was the straw that broke the camel’s back in my marriage. Although, I was very scared, it was the best thing that happened to me. He became verbally abusive to me as I was no longer the trophy wife for my ex-husband. Those vows “in sickness and in health” went out the window. 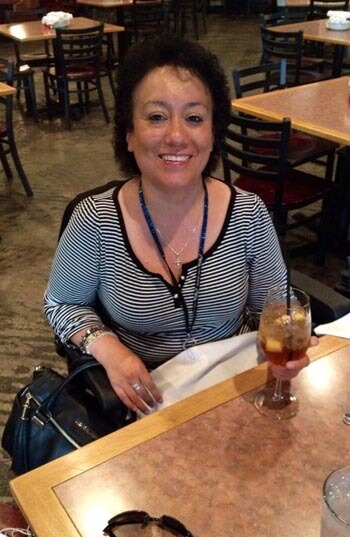 I am a single mom with an empty nest. My only child is 24 years old now and I’m looking for companionship; someone to share the beautiful moments that life has to offer. Life is too short to not share those special moments with someone, but I’ve always said I prefer to be alone than with the wrong person.

Since my divorce 13 years ago, I have had only two men in my life and I allowed them both to crush my feelings. The first one was really my fault as I misinterpreted his kindness and became infatuated with him. My gut feeling was telling me it was not good for me to get involved, but I wouldn’t listen. Fortunately, I was able to remain good friends with that person. The second individual was a person I had known from a long time ago who I was only interested in reigniting a friendship with. Unfortunately, that individual was recently divorced from a 20+ year marriage and had many issues. Although I was only interested in friendship, he believed it was more that I was looking for and, I think, he got scared and did some mean things to me. I forgave him as I believed it came from his recent divorce and I fully understood firsthand what it felt like to go through a divorce after so many years of being with the same person. But a week after writing him a long email, as I needed to ask some questions, I felt as if I was slapped in the face which crushed me and made me cry.

I had vowed to not let any man ever hurt me again after my divorce, but here I was allowing it. But quickly I remembered the quote I live by and believe in so much: “Every day we have plenty of opportunities to get angry, stressed or offended. But what you’re doing when you indulge these negative emotions is giving something outside yourself power over your happiness. You can choose to not let little things upset you.” ― Joel Osteen

Believe it or not, I still wonder how that individual is doing. I still remember how long I felt hurt and lost after my divorce even though I knew it was the best thing that could have happened to me. The things I did learn from these incidents were that no one can make you feel bad without you allowing it. And, as the song by Kelly Clarkson goes, “What doesn’t kill you makes you stronger.” Also, I have learned from this experience that it is better for me to not get involved with someone who is recently divorced or separated. There is simply too much baggage to deal with and life is too short to become involved with those negative situations. I know that this is not always the case, but it’s a risk I do not want to take anymore.

WHAT DO I WANT IN A MAN?

I guess I’m on here because I am looking for something that is worth holding onto. I am a single mother, and my daughter who is amazing is an adult and I’ve got an empty nest, so it’s time for me to find someone to share life’s special moments. I’m an open and honest person, so I what I say and what you see is what you get. I want to be upfront that I am in a wheelchair due to a stroke I suffered at a young age. Don’t even try to come to your own conclusions, because they are most likely wrong.

I am independent, determined, but also very sweet. I guess you could say I have a bit of a wild side too. Thanks to being comfortable and confident in who I am, it enhances my intimacy overall. 😉 I have learned a lot from my experiences in life, and I have grown as a person. I have learned to not sweat the small stuff, and to enjoy the little things. I don’t have time to play games or be negative, but instead I live a very positive life. I have been an advocate for disabled rights for years, and it’s been very rewarding, but now it’s time for me to take care of myself.

I’ve recently been working out regularly, so someone who is a gym partner would be great. Intelligence and self-sufficiency is a must. I’m not looking for someone to take care of me, and I’m not looking to take care of someone. I’m looking for someone who is a genuinely good person, and I’m not in a rush to lock into anything. I’m open to friendship if things do not work out romantically.

I know that as we get older, people feel the need to jump into relationships. I don’t feel the need to rush into anything, so don’t worry about pressure from me. I’m very happy, independent, and fulfilled…I just wouldn’t mind sharing that with a handsome man.

My potential match would be an HONEST (not listed on other websites with a different name, age, location and occupation), sincere, not into mind games, VERY romantic (it’s a plus if you are VERY, VERY romantic but not a deal breaker if you are not.), family-oriented, non smoker, very organized (I’m a neat, clean fanatic), well educated, self-sufficient, financially stable man, very patient and who doesn’t mind spending evenings at home sometimes.

I prefer seeing a recent 2014 photo. A picture says a thousand words as the old adage goes.

If your profile contains no picture, please DO NOT contact me.

NO PICTURE NO REPLY! AND I’M NOT KIDDING!!!

Introduce Yourself to Jean