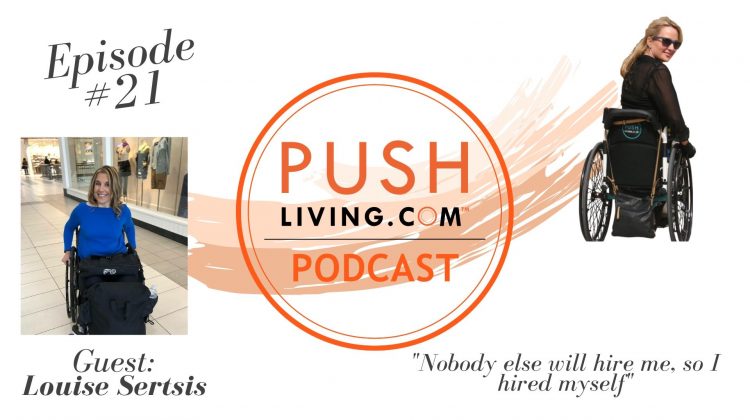 Welcome to another PUSHliving Podcast.  We are excited to welcome Louise Sertsis – Founder of Advanced Freedom, a company that aims to create more independence and freedom to the disabled community.

Back in the summer of 1999, Louise was working towards her bachelor’s degree in Science and studying Human Kinetics when she was diagnosed with Multiple Sclerosis. She was initially accepted for a 4-year degree in Science but had to switch to a 3-year degree in Psychology due to having to complete her post-secondary education from home.

For those of you who may not know, MS is a progressively degenerative disease that affects the Central Nervous System and the early signs and symptoms vary greatly from one person to the next and can be of different severity.

Louise had just returned home from a trip to Cuba. She had been enjoying the beaches, sun, sand and relaxation. Shortly after being home, Louise started to notice some changes to the overall feeling in her legs.  This feeling was like numbness or a tingling sensation, very similar to when your leg falls asleep. She would notice this every time she would shave her legs.  She quickly realized that something was very wrong and made an appointment with her doctor. After a few visits to see doctor’s they essentially told her that she was crazy and needed to see a shrink rather than looking at her neurological condition.  Louise knew deep down inside that it was something more. In her school studies at this time, coincidentally enough, Louise was studying the signs & symptoms of MS. It took Louise over a year to convince her doctors that she needed to have an MRI done. During this year long battle with her doctors, Louise was not provided any medication or treatments. The disease progressed really quickly for Louise, and it is not known if receiving medication or treatment earlier would have helped.

There are 4 types of MS 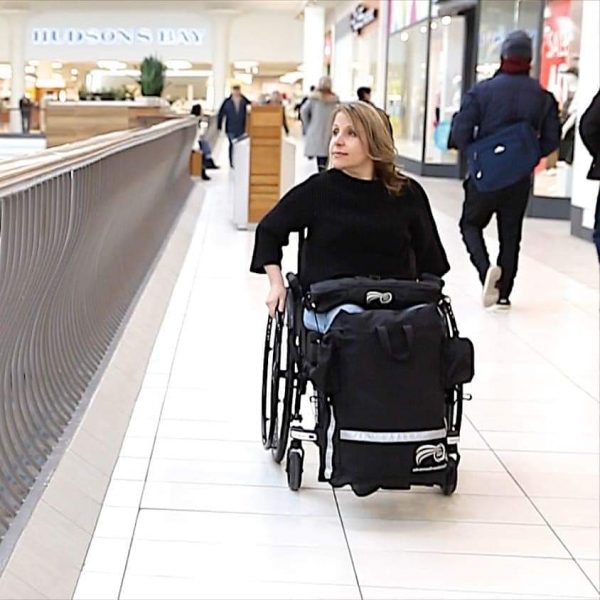 Journey to becoming an entrepreneur

The Handi Pac – The ONE and ONLY Front-Facing Wheelchair Bag– initially designed as a back pack for able-bodied individuals, redesigned to be more accessible and functional for a wheelchair user. Before Louise decided to move forward with the redesign, she was constantly searching for a bag that was functional for her. Every time she needed to turn around and grab her bag from behind her chair was exhausting and it took needless energy away from her. Individuals that suffer from MS find that the more energy they exert, the weaker they become. Finding a more accessible bag became imperative for her but there was nothing on the market, until the Handi Pac.

On June 18th, the Kickstarter Campaign launched for the Handi Pac. Made especially for the seated person.  It is the largest wheelchair bag on the market and it fastens directly to the person eliminating the need to over exert themselves while trying to reach to your side or back. There is a limited amount of Handi Pac’s available so get in early!

Here is a glimpse of what else we will talk about on our Podcast today!

Related: be sure to check out Entrepreneurs with Disabilities United on Facebook where you can join Louise and other business owners in learning, sharing and supporting each other’s work!