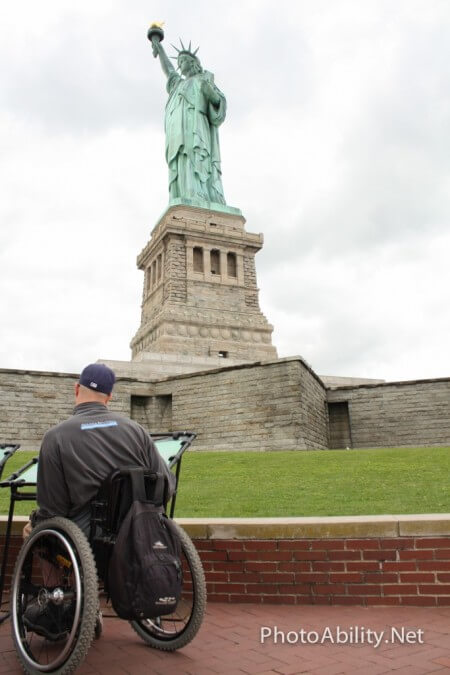 The disabled community has decided to revolt and demand that our voices be heard. These candidates cannot expect our vote without earning it. We are insisting that we are acknowledged, and our issues are discussed. The nonprofit organization, RespectAbility, which is a bipartisan organization that educates politicians on disability issues, decided this year to insist that we are heard. They issued questionnaires on disability issues for the candidates to answer and brought disabled fellows to rallies across NH to personally ask these candidates questions. And ADAPT, a disability lobbyist organization, began protesting outside of Congress and showing up to candidate’s rallies insisting they be heard.

While these organizations have forced the issue, the response has been less than desirable for the community. Bernie Sanders was the first to respond to the questionnaire, and Hillary Clinton soon followed with her reply. But the existing Republicans have practically ignored our requests. Both Trump and Cruz refused to even reply to the questionnaire, and Kasich only responded to a couple of the questions on the questionnaire, leaving the community with very little idea of how any of them would govern on disability issues. While Cruz and Kasich answered the RespectAbility Fellows’ questions politely and with policy discussion in some cases, Trump only responded that he has a plan for us and that we’re “gonna love it.” What’s worse is while Sanders and Clinton have been great at providing accessible seating and American Sign Language interpreters at their rallies, Trump and Cruz do neither of these things, and Kasich seats the disabled in the back of the crowd, with zero visibility.

Worst of all, earlier in the campaign, Trump mocked a disabled journalist on national television in front of a crowd of thousands. When a man running for the highest office in the world mocks disabled people, it sends a message, loudly and clearly, that we are a joke and our lives don’t matter.  Our issues aren’t humorous, and our lives are particularly difficult in a political  environment that condones mocking us.

Moreover, these politicians talk frequently about issues that affect us, but never care to include us in the discussion. They mention the epidemic of police brutality on blacks, but they fail to mention that 50% of deaths by cop are committed against the disabled, including those with mental illness and intellectual disabilities. They talk about innocent black men being sent to death row, but defendants with mental illness and intellectual disabilities, are more likely to falsely confess and fail to assist in their own defense, creating a pipeline of disabled straight to death row. Politicians talk about how other candidates, like Trump, try to divide us up based on our race, national origin, sexual orientation or religion, but they rarely mention disability. They talk about how cutting social security would devastate seniors, but they fail to mention that a great many disabled people rely solely on social security for income.

They LOVE to blame gun violence on mental illness, causing 80% of Americans to believe that gun homicides are the result of untreated mental illness when only 4% of incidents of gun violence are committed by the mentally ill. Indeed, disabled people are far more likely to be victims of gun violence than to be the perpetrator, as our care takers and family members all to often kill us, and the media coins it a “mercy killing.”  There is no mercy, by the way, in murdering someone who can’t defend himself. The candidates talk about the outrageously low minimum wage in this country, but rarely mention sub-minimum wage, where employers are permitted to pay the disabled less than minimum wage simply because we’re disabled. And the list continues.

Because the media and our politicians don’t discuss policies that affect us, most Americans don’t even realize how devastating current laws are to us. A big topic of dispute that seems to cause much debate is universal healthcare. Yet, when discussing this issue, which affects millions of disabled people, we are never mentioned. Under the current system, the only way for a disabled person to get insurance to cover home health personal care attendants is to be below the poverty line and collect Medicaid, resulting in many disabled people being forced to purge their assets.

Medicare and Obamacare plans are not required by law to cover such healthcare. As a result, we are often forced to rely on aging parents, as I do, and when the family can no longer care for us, we are sentenced to nursing homes for the rest of our lives. The Disability Integration Act, which Senator Schumer of NY (D) introduced into congress, and, among only a few others, Senators Bernie Sanders and Elizabeth Warren have cosponsored, would require private health insurance companies to pay for these attendants. Hillary Clinton supports it, but Trump, Cruz and Kasich refuse to even comment on it.

Additionally, as it exists now, Medicare only covers 80% of medical bills and 0% of prescription drugs. So even those who are on Medicare, like myself, have to purchase an Obamacare plan just to supplement their Medicare. So, with the $1300 per month I receive in social security, I have to pay $660 of it to pay my Obamacare premiums, plus high deductibles and out-of-pocket expenses.  Policies like what Bernie Sanders proposes for single-payer healthcare would be life-changing for us. And, politicians who would like to eliminate Obamacare, pre-existing condition laws, and universal healthcare altogether are proposing policies that could bankrupt us and even lead to our being unable to access healthcare at all.

It is inevitable that everyone in their lifetime will get sick, old and in need of healthcare. The fact that we have private health insurance companies and pharmaceutical companies profiting off of our illnesses is outrageous. Insurance is supposed to be for things that MIGHT happen. With 100% certainty, every American will get sick and old. There is no “might” about it. But as long as we have big money in politics with big pharma and the private health insurance lobby in the pockets of our politicians, we will never see the end of corporations profiting from the most vulnerable among us.

Members of the disability community are figuratively standing up to this blatant agenda by the media and our politicians to ignore us, and we’re beginning to succeed. Bernie Sanders now recognizes the disabled in his stump speeches and ads, including mentioning us as a minority, being forced to live off of meager social security checks and showing people with disabilities in his ads. He has discussed vehemently the fight for $15 minimum wage and is now talking about sub-minimum wage and signed onto the DIA. Hillary Clinton is also reaching out for our vote, by making a point to say the word “disability” in stump speeches, talking about the sub-minimum wage and announcing that she supports the DIA. But, this isn’t enough. They need actually to talk about our issues, all of them, and they need to mention us in debates and interviews.

Trump, Cruz, and Kasich have been silent on most if not all of those issues or the other issues that affect us. They incessantly talk about ISIS and how they are evil (and they are), but even ISIS reaches out to the disabled and provides ASL interpreters for the hearing impaired in their recruitment videos, something none of those candidates provide. Our candidates for the President of the United States should, at the very least, be better at reaching out to the disabled than ISIS. Until they improve, they should not expect our vote, because they have done nothing to deserve it. Disabled lives and votes matter too. 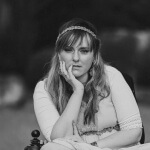