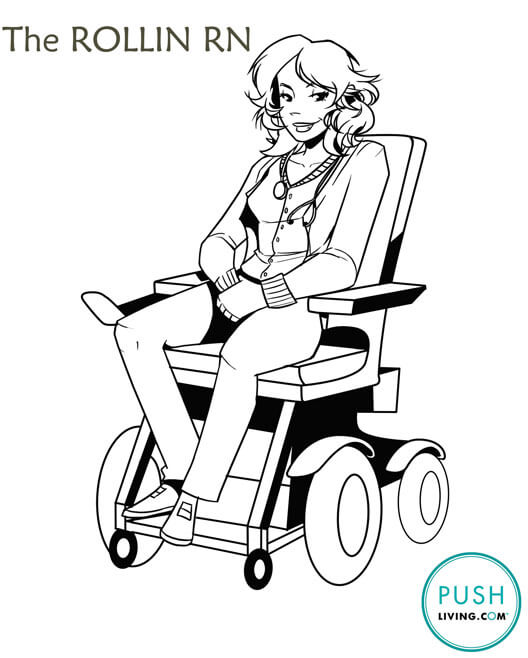 Oh no…..the dreaded reddened skin.  You know what I’m talking about.  Sitting too long, getting ready for bedtime, undressing, and there it is…..the reddened skin and immediately dreaded doom sets in.  What’s it going to do?  Will it fade by morning or get more “angry”?  I use the term “angry” as I had a physician refer to my pressure sore as “angry” red.  All I could do was bury my face in dread, terror, and trepidation……whatever you want to call it……fear!!!!

The “angry” reddened skin of a pressure sore.  Let me correct my terminology, A PRESSURE ULCER.  There is actually a panel, The National Pressure Ulcer Advisory Panel (NPUAP) and they define a pressure ulcer as an area of unrelieved pressure over a defined area, usually over a bony prominence, resulting in ischemia, cell death, and tissue necrosis.   Pressure sores/ulcers are the result of sitting too long in a chair, lying too long in bed, or unfelt pressure on a body part.  These dreaded pressure sores can range from reddened skin to deep tissue damage.  Now in my experience, it’s not only reddened areas on bony prominences, it can happen anywhere pressure has been exerted on the skin.  I had two toes pressed together within my shoes and I noticed redness upon removal.

I speak from experience on these unwelcome sores.  As a SCI nurse in the early 80’s, I witnessed my share of patients with these pressure ulcers requiring hospitalization and repair. But, after my own accident and subsequent spinal cord injury, I had the pleasure of experiencing one myself.  This is my story that I want to share with you.  The hospital personnel had problems regulating my blood pressure following an auto accident.  My B.P. remained in the toilet.  I was way too unstable for any movement for a week.  So, as I understand the situation as it was told to me months later, I wasn’t moved at all.  Remember the original definition of pressure sore; “lying too long in bed,” well I laid too long in bed, not because I wanted too but because I was too unstable.  Well the “angry” redness started.  B.P. was finally stabilized and I was able to turn and then, an ileus (intestinal blockage) formed resulting in “angry” diarrhea after some treatment.   You understand the “ANGRY” cycle forming.  Being a paraplegic and new to spinal cord injury, I was not able to know when I had diarrhea.  Then I had a “not very good nurse” – nursing terminology, who was oblivious to my needs.  You all know the type, the nurse that is unfamiliar to the SCI patient.  Some of you may be thinking, “well, Nurse Patty, you are a nurse, why didn’t you know you had a diarrhea accident?”  To answer that question, I had a nasal gastric tube or NG tube in place to suction, I was NPO (nothing by mouth), IVs going, and I was really, really ill.  Actually…..any guesses as to how many water commercials come on TV while you are NPO?……let’s just say “LOTS.”

I know I’m deviating from the story.  Due to the lack of turning and then the explosive diarrhea, my pressure sore turned really “angry.”  I am now getting into an “U-G-L-Y” mess.  To explain the ugly mess, I need to explain the development of these stages to a pressure sore/ulcer formation.

Stage 1: The pressure sore is not an open sore.  The definition reads that the sore may be painful.  But that’s the part for us SCI people don’t feel.  Anytime an able-bodied person feels pressure that causes pain, they can move that body part and take the pressure off.  Those with complete spinal cord injuries (one can be paralysed but have sensation and feel light and deep pressure with an incomplete spinal cord injury.) don’t feel the pressure, so the pressure remains until relief is obtained.  Either redness occurs or pressure causes a move to Stage 2.

Stage 2: In stage 2, the skin breaks open from that constant pressure.  The sore will move deeper into the skin and either looks like a blister or a shallow crater.  Hopefully we won’t move to this stage.

Stage 3: In stage 3, the crater is more pronounced and the sore is getting “worser” rather than better.  “Worser” is my own nursing terminology, yes, another term.  “Worse” sounds so “end of the road” but “worser” means it can be turned around and hopefully healed. But that’s just me and my nursing humor.  Moving on…….

Stage 4:  In stage 4, the sore is reaching into muscles and bone and causing extensive damage.  Infection may occur if the sore progresses.  This is not a stage, we want to be at but I was with mine.  I had a stage 4 sacral ulcer.  And yes, the sore was “angry.”  It took me frequent visits to the physician, multiple adjustments to treatments, and 18 months of care to heal my Stage 4 pressure sore.

Pressure sores or pressure ulcers are not to be taken lightly.  The best cure is to avoid getting them.  Meticulous daily skin inspection and avoiding pressure are the paramount recommendations.

For questions, you can “Ask Patty“ 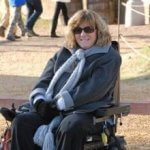 Patty has been a Nurse for 31 years, since 1983. She actually worked for two years prior to her spinal cord injury (SCI) in the SCI Unit at the Veterans Hospita,l working with new injuries. She then transferred to neonatal intensive care and ultimately to education of students in nursing.

Patty, The Rolling RN, Is A Regular Contributor To PUSHLiving