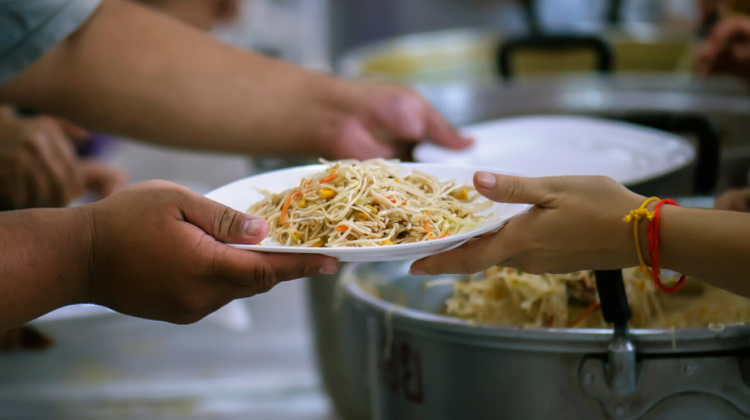 On October 17th, 2019, Congressman Elijah Cummings passed away while at Johns Hopkins Hospital; 3 years earlier he was speaking at the Democratic National Convention. The words he spoke on that stage in Philadelphia will echo throughout history since they were put into existence and at this time of year, especially, they are our reminder. A reminder of our potential for goodness and the blessings we can be to others.

During his speech at the DNC in 2016, Congressman Cummings was speaking about his late father and a phrase he used throughout Cummings’ life.

“Son, the test of a man is not how much he helps himself. The true test is whether he helps those less fortunate. You go to school to get blessed, so that you can bless.”

The entire quote is magnificent in its depth. In three sentences the character of ones self is analyzed, the priorities that arise in life are ordered, and the righteous use of education is revealed. You will be hard pressed to find another time that such succinct words brought such impact. Or, better phrased, it should impact us all.

The wording in regards to education is where Cummings’ self can be seen. His father may have been the ones who spoke the original phrase, but it is within the life of the Congressman that you can see the tapestry being woven. “You go to school to get blessed…”, no mention of success, wealth, or corporate furthering; instead it is focused outside ourselves. It is not with intent to build ourselves upwards that we should seek schooling and bettering our minds; it is for those who have not had that chance yet.

“You go to school to get blessed, so that you can bless.” So that we can bless. There is no discussing inclusion or accumulation of material substance; the looming, ivy walls of universities should not elicit panic or a feeling of being less than. Congressman Cummings recognized the current state of the educational system and used his platform at the DNC that day to directly and intentionally point it out. It was not with a chastising tone and without the grim hue of punishment; he breathed hope and in three sentences gave a blueprint for it.

At the core of this time of season is the human need for compassion and selflessness. Donation buckets, Santa for Salvation Army, toy drives, food drives, and every other service are in the public eye now more than ever. The essence of the holidays are written in stories, told through touching newscasts, blurbs on websites about those who have less; these all serve as reminders but to properly boil it down without any depth escaping, for that we return to the 2016 DNC.

“…The test of a man is not how he helps himself. The true test is whether he helps those less fortunate.” The simplicity of the words may cause some to shrug it off as cheesy and overemphasized. The thought process of “we know it already, so leave it alone”, is a dangerous thing indeed. In truth it is the consistent ways we are told this throughout the season that helps bolster the spirits.

Education, and the gift of such, is brought back into view when Cummings brings up human compassion. We are blessed, those of us who had schooling, and it is in our hands to use that to the best of all abilities. Too often in the hurry of life – and we all know the increase in speed during these winter months – we don’t look back and take stock of the blessings the years have bestowed. The late Congressman understood where most of these blessings began, and it was at an educational level. We become the educated and our eyes are opened, our horizons broadened, and solutions become more clear. It is not a necessity for one to be schooled in order to be compassionate. No degree is the factor by which human selflessness is born. While this is true, the gift of school does enable us to help in ways not possible without it. It is a blessing, not a badge to be toted around in a cloud of indulgence.

He stood in front of an entire political party and was direct. The words were brief and the meaning profound. After all the confetti was swept off the floor and the news crews packed up we are left with the echo: Be better. Always be better.

Be better during and after the holidays. Be better to those you don’t understand. Be better with the gifts you have been given. We all must be better. Most of us will not have the chance to stand in a crowded event space and speak to the movers and shakers presiding over a party; but no stage is needed for love to flourish. Bright lights don’t illuminate the situation anymore than a walk down a snowy street would.

We may have lost the Congressman to his health issues, but we can still hear the whispers. Be better. We can still listen to that gentle voice promoting compassion within us. Be better.

“Son, the test of a man is not how much he helps himself. The true test is whether he helps those less fortunate. You go to school to get blessed, so that you can bless.”

On Christmas, then after and further on into the New Year, be that blessing. Be the reason someone smiles. More than anything, be the reason a life changes. We all have the capacity to be better, and let it all start – like a snowfall – here during the holidays. After that…well, that is up to you. 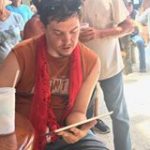 Zach was raised in Southeast Asia and brings his extensive worldview into every article he writes. Currently living in South Florida with his fiancé and two cats, he finds life is the best inspiration for expression. It is through that expression that he hope to inspire and further change.