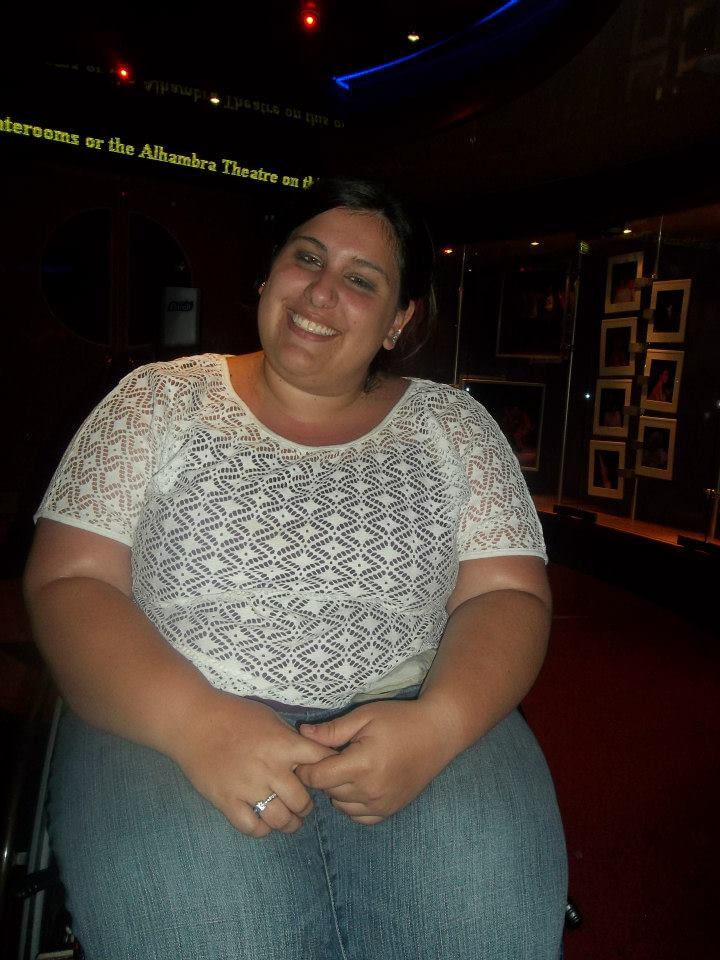 (Update: As of publication, Kaeley is now 75lbs down from December 2015)

Weekly weigh in was today. It’s been three weeks since I had my VSG – Vertical Sleeve Gasterectomy and I am officially down an additional five pounds, giving me a total of twenty-five pounds down from my pre-surgery weight.

I am feeling fantastic! VSG is a procedure similar to but is not a gastric bypass. Hate me for “cheating” if you want, but it was what I needed to do for me and my situation. There is a stereotype that people who seek weight loss surgery are lazy and don’t want to try to lose weight on their own. However, my case was desperate. I was pre-diabetic, I have no thyroid due to a bout of thyroid cancer I dealt with in 2014 and early 2015, and I’ve had to deal with depression, which caused me to often eat my feelings. You would think that would all be enough, but I like to be an overachiever.

On top of those health concerns, I am also a paraplegic due to a car accident on the seventh of July, 2007, and Spina Bifida combo. After 2007, I gained weight, a lot of weight, when I had my thyroid removed in 2014 (the thyroid helps with metabolism, among many other things. Who would have thought something so small would be such a big deal!), I saw it as my only way out. I was becoming limited on how I could lose weight. Nothing I had tried was working, and both my physical health and mental health were declining.

On top of it all, my brother is now engaged and to be married next summer, and if there wasn’t pressure to get in shape already from health concerns, that certainly fueled the fire in me. I was going to be in family photos and have to have the energy to keep up with them for the entire day as their photographer.

VSG Vertical Sleeve Gasterectomy is a laparoscopic surgery in which eighty percent of your stomach is removed, including the portion of the stomach that produces the hormone which causes you to feel hunger. In three weeks, I have not felt real hunger, and I eat two to four ounces per meal at this time. I have noticed in these three weeks that my taste buds have changed, and my urge to constantly put something in my mouth or eat large amounts has mostly disappeared. 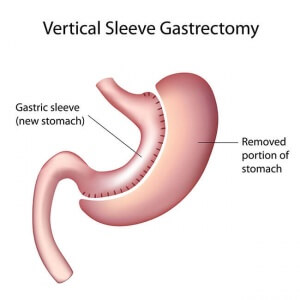 My jobs as a photographer/editor as well as an abuse reporter can be stressful, and lead to snacking, but I feel now that I am no longer a slave to food. Sure, I think about food, but it’s now so much easier for me to say no or do the true sampling of just a few pieces rather than ‘sampling’ an entire tray of crackers and cheese. Food addiction is a real problem, and I suffered from it. I still do. It doesn’t go away overnight, but the sleeve helps me fight, so I am not doing it alone.

There are three main types of weight loss surgery, and they all have their pros and cons. The reason I chose to have the VSG surgery is because they do not remove additional portions of your intestines, which can lead to malabsorption of vital nutrients, and there are fewer complications in the end when compared to using a lapband or a Gastric Bypass RNY. Ultimately, this surgery will allow me to live like a normal person and eat almost anything once in the maintaining stage of the process, just in very small portions, which is completely okay with me!

I am not ashamed. I have received my fair share of shaming from people. People like to say that I took the easy way out, but this tool is just that, and surgery is still not an easy way out.

Yes, you will lose weight, but you can still sabotage yourself. You still need to go to the gym or be as active as you can be. I can still fail to use this tool properly and eat too much, or too much of the wrong things. For me, however, it has helped me cut cravings and stop mindless eating. It has already allowed me to lose more weight in three weeks than I have ever been able to do on my own going to the gym or dieting. Five pounds per week is what I have averaged this week, which is still very fast. Each week the scale tells me a smaller number, and that’s all I can hope for.

I am now able to transfer easier, move around in my wheelchair longer, and, most importantly for me, I experience much less fatigue during the day as well. I know the amount of weight loss you experience varies greatly person to person, but I was amazed to realize how much of a difference even ten pounds off my five-foot frame made on my back pain.

Obesity among the disabled community is a huge problem. There is nothing wrong with wanting to lose weight the old fashioned way by hitting the gym and eating healthier, but there is nothing wrong with seeking help if you need it. Seeking help can be from many outlets as well, not just surgery. Other great options to start out with include therapists, doctors, nutritionists, and personal trainers.

But, one should not be ashamed if they need the extra assistance of weight loss surgery. Heck, I use all of the above! Only you can decide what is best for you. In the end, it’s my body, and I decided that living a long, fulfilling life was what I wanted for me. 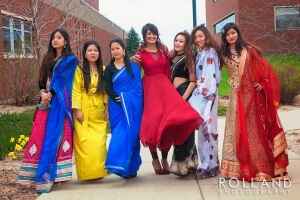 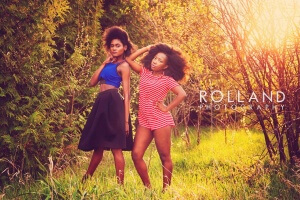 Prior to surgery, I was looking at an early grave, but if I can keep this up, I’m hoping to be one of the oldest, craziest ladies in the nursing home. If there is one thing that I am, it’s stubborn, and I am not going anywhere anytime soon. Life is already too short to begin with, and I am going to live mine up for as long as possible.

Kaeley is an established Photographer and you can follow her work on: 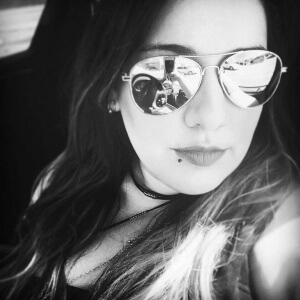 I started photography in high school as a part of the school’s yearbook staff in 2005. I was involved in a car accident in 2007. I picked my camera up again shortly afterwards and I haven’t stopped since.