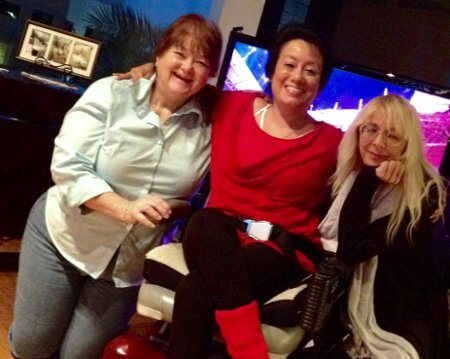 I’m a woman who suffered a stroke at a young age due to a malformation in my brainstem. The type of stroke should have killed me but it didn’t and, two weeks later, I had brain surgery which was highly recommended due to my condition. However, the odds of making it were so low that I willed my personal items and was administered the last rights. But as you can see, I’m still around. I had beaten death twice!

I was married 15 years and the last five years of my marriage were the worst. My husband treated me so poorly, it seemed as though he was making me pay for changing our life so drastically with a stroke I had no control over.

I re-entered the dating world via online dating and, having started out hoping to find a good man to share life’s special moments with, I got really tired with what I was running into. I received over 2,000 “likes”, “winks”, “favorites”, and messages from men. However, many were not only liars but their profiles clearly did not match what I was looking for and were leading me to dead-ends.

One man even had the nerve to ask me if I was really in a wheelchair. I replied that I was not in a wheelchair, I use a wheelchair. Still, I’m not sure what that really had to do with anything. It is obvious I use a wheelchair because I had not altered any of the photos I posted by having the wheelchair cropped out. He then said, “Oh, I guess we could be friends first and see where it goes from there.” I was immediately turned off and wondered where he thought we would have started off if I wasn’t disabled.

The best was when a man who messaged me had put on his profile that he was 5’6″ which did not meet the parameters for what I wanted and then, 10 minutes later, messaged me with the same picture but with a different name and now he was 6’2″. 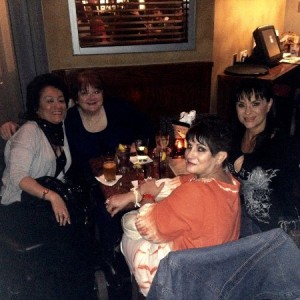 Many believed I should crop out the wheelchair. Reel them in first and then, after making a connection, drop in the wheelchair situation before the 1st date. However, for me this was being dishonest and I insisted on honesty, full disclosure and no mind games from the men, so how could I not do the same? I figured, if you can’t accept the way I am, that’s too bad. You like me the way I am or not. “NEXT!” is my motto in this situation.

A long time ago when I tried online dating, I attracted very young men or much older men (old enough to be my grandfather) and now I had the same thing but with a new group added-potential stalkers. Once I had told them I would not give them my personal email or phone number, I would not get a response. Many will “favorite” my profile but almost every single one has asked me for my personal email or phone number even though I made it clear in my profile to not ask me for this information. I have even had several who were not a good match insisting that I give them a chance. This is the reason why I definitely did not want to share my personal info.

Furthermore, after I responded to their likes and winks, I think they would go back and review my profile more thoroughly. Then they would figure out that I use a wheelchair and, all of a sudden, they were not interested anymore. And these were men who listed the profile height of their match as being 3 feet or more and only cared about them being healthy. I guess using a wheelchair makes a person ill.

I think that mainstream society is not ready for a confident, independent disabled woman who is comfortable in her own skin. In my experience, I have found that disabled women are more often alone compared with disabled men. 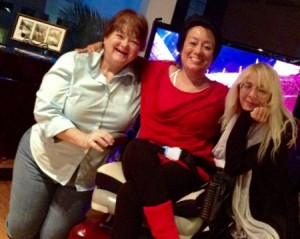 So, after losing another 14 pounds (making 34 in total) and feeling better about myself, I was unfortunately running into many men who seemed to think that because I use a wheelchair, I was willing to lower my standards or was desperate. I decided to leave the online dating world and started a Meetup group. I am going to give it about a year to see if I want to deal with all the responsibilities this entails. I’m hoping to meet some fun people who I can go out with and form new friendships because that’s all I’m looking for now.

I started the Meetup group thinking I would get maybe 1-5 people interested but the group has grown to 100 people in just 3 weeks.

Therefore, I will not be lowering my standards just to be with someone. I prefer being single and will continue doing fun things alone. I will be much happier than being in a relationship with the wrong person (or just maybe I’ll meet and form new friendships through the Meetup group I’ve started).