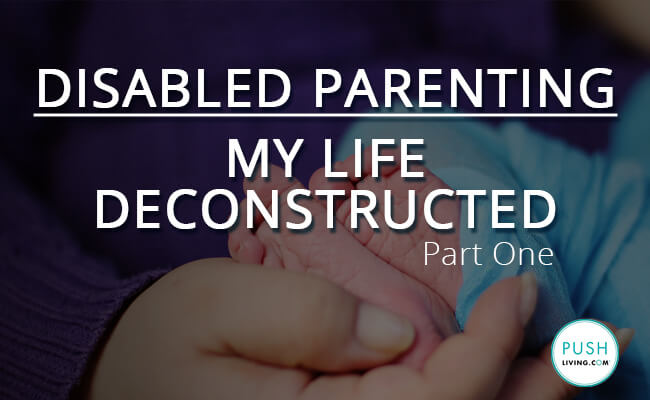 I was planning on writing about my struggle with motherhood and health for a long time now. In my opinion, not only will this help me better cope with my problems, but at the same time I would help others going through a similar situation.

I guess the best way to start this is to tell you a little bit about myself. I’m suffering from systemic arthritis ever since I was in my twenties. I lived in Philadelphia and used to run to work. One day the pain got so bad, that I was in agony, so I was forced to see my doctor immediately. Once he examined me, he gave me the diagnosis and told me I have arthritis. However, I’ve seen other doctors as well and they gave me a different diagnosis. One of them told me I have cartilage insufficiency which is a progressive disease that results in the erosion of cartilage, specifically my joints. Later on, in my 30s, I was told that I had osteoarthritis due to my weight. I didn’t know what to believe anymore and somehow I blame myself for everything that’s been happening to me because of my condition. 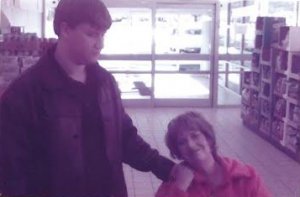 I had my son at 34, and my daughter at 36. This was way back in 1999. A year later, I had to take care of the kids while I was working a part-time job as a school psychologist. When my son got a bit older, I began to suspect that he may be suffering from autism. Coincidentally, I happened to develop this suspicion after I broke my hips and got to spend more time with him as a result. It was a very dark time of my life. I would wake up at night, feeling totally engulfed in physical pain and on top of that, the fact I didn’t have a solution for my problems acted as a catalyst to the immense suffering I was going through. I would easily sob and have panic attacks quite frequently. Due to my broken hips, every time I’d want to turn over, they would crack and cause me even more pain. At that time I was seeing a local orthopedist, but I felt that his services weren’t really doing anything for me, so I simply stopped seeing him.

In May of 2001, I found myself during Mother’s Day sitting around and contemplating how I was going to get my hip replaced and that my other one would need to be done as well. I felt as if I had breast cancer and I’d soon have to face the inevitable of having one of my breasts removed. This is the best way I can portray how I was feeling back then. It was simply a nightmare.

My personal, professional and love life weren’t great either. I’d fight with my husband on a daily basis for the craziest reasons. I wasn’t getting along with my in-laws either. My career wasn’t making me feel any happier. I worked as a school psychologist for a school with profoundly developmentally delayed, blind and/or deaf kids. Things were even harder for me because I lived quite far from my parents, so I had literally no support.  My parents moved to Florida in the 80’s and my brother died in 1995.  Furthermore, my right hip had an arthritic cyst which was about to break so getting surgery for it wasn’t an option.

I felt mentally and physically drained. My marriage seemed like the script of a really bad sitcom that was somehow piped in from another world (or another life for that matter). My husband developed back problems at the time and my in-laws would help him cope. They were oblivious to the way I was feeling and everything I was going through and expected me to play the good-wife role and cook him lunch. Somehow, being a woman and one with disabilities at that doesn’t really bode well when viewed through the lens of gender roles and I was made aware of that in more ways than one. I was feeling the pinch and I couldn’t do anything about it. As time passed, my disabilities became worse and so did the ridicule and isolation.

Things got so bad that even my nanny got depressed and found that drinking a case of Mike’s Hard Lemonade was actually a good way to cope with depression. When I confronted her about it, she said that it was too difficult for her to handle the things that I’m going through and that’s what got to her. While I was going through hell, my mother was still grieving from the death of my older brother. He died of glioblastoma. It all happened too fast. One day he went to see the doctor about it and then 5 months later he died. During this time my sister-in-law was dating someone and I think she ended up marrying the guy. This attitude of hers was somehow negating all the suffering we were going through and it was more than enough to make my mother furious about it.

The death of my dear brother Jeff was swift, but deeply hurtful. He was like a father and mother to me at the same time and I can honestly call him my hero. He did so many things to help me and he was always there when I needed a helping hand or a shoulder to lean on. After this tragic event, everyone in my family started to die. It felt as if my dear brother was taking everyone dear to him into a world that all of us will one day step into.

I was the only girl in my family and given the fact that I was disabled and sick didn’t fit well with my family. As a parent, you never want to see the day when your child is disabled or goes through an unfortunate event that leaves him handicapped. It was a dire situation for me to be in and it turned my life into hell. 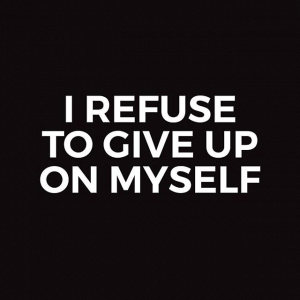 Even though I was a psychodynamically trained therapist and school psychologist, while going through all of this I didn’t realize I was traumatized. Soon enough I found myself admitted for therapy and my therapist was great. My mother told me that it was my choice to have kids, so it was now my responsibility to take care of them. She catered to my bipolar dad her whole life. It seems she preferred to mollify him so he can have a healthy and mature Mother-Daughter relationship. My husband told me I should go in a nursing home and my in-laws would help with the kids. We weren’t doing great financially since we had to have a nanny around the house at all times.

How did I cope with everything? My experience and education with my brother kicked in and I focused on my children and not my own grief. Back to my horrible life, I felt continuously rejected and invalidated because I had a disability and no one to help me cope with it. Over the next several weeks I became the target of a lot of verbal abuse. I got it from my family, husband, and others. Luckily, I did have a friend who was around my age who ran her husband’s office. She had a lot of life experience and several professional years of establishing her identity. To me, she was a lifeline and my therapist at the same time.

But despite that, the bitterness of my failed life began to set in. I was slowly, but surely getting pulled into it and soon enough I found myself pulled down a self destructive road. About how that affected me though I will tell you next time. 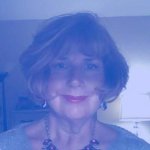 Dorothy Copper is known as @SittingPretty61 and is a "Marketing Maven and Boutique Owner" from Pennsylvania, USA. Her online boutique is "Dorothy's online Jewelry Boutique", and she is often seen at shows and events with her children helping to promote her jewelry collection.