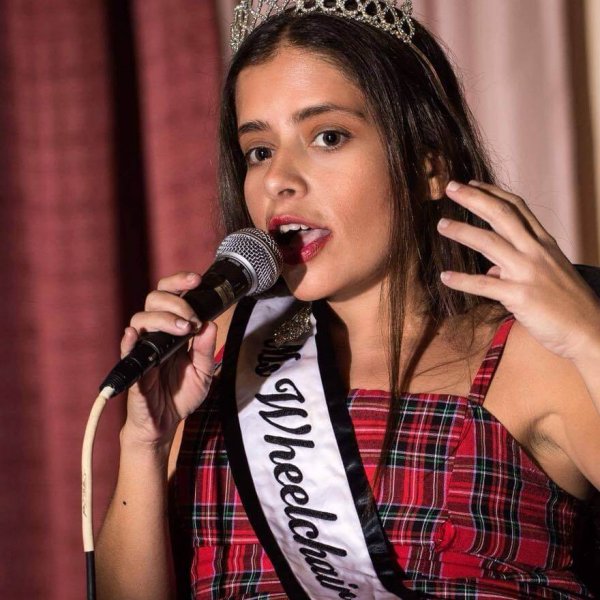 Putting an End to Bullying

Recently I was at a pharmacy picking up some medication when an elderly woman asked me if I was in the line or with the person in front of me.

The woman stared at me, laughed, and then said, “Okay.” I looked at her, puzzled, and then went on with my business.

When it was my turn to be served, I felt her eyes burning a hole in my head. I knew the feeling because I had felt it every day growing up in a school where I was the only person in a wheelchair. I did, however, want to give this elderly woman who had to know better at her age, the benefit of the doubt. I hoped it was just my imagination.

This hope was dashed when I looked back and saw it was the same lady giving me a look of disgust. I just shook my head and began talking to the pharmacist. When the pharmacist went to gather my medication, I still felt the hot burn of this woman’s stare, so I looked back once more. The woman was still glaring, and all I could do was shake my head in disbelief at her.

Then came her turn to speak to the other pharmacist. I sat there contemplating my approach to this situation; do I let it go or do I say something about her outrageous behavior? In the end, I took the high road and told her to “have a nice day!”

My reaction to people trying to intimidate me was not always that calm and sweet, though.

Let’s take a journey through time to my elementary school’s “cafetorium” in a small town in suburban New York.

I was in sixth grade when I experienced what was thus far the worst day of my life. I had “befriended” a group of girls the summer before at camp. We quickly became inseparable.

However, that changed when I decided to hang out with another group of girls at the dance that I had known since first grade, whom I also thought were my friends. I didn’t realize back then that never being invited to their sleepovers or hangouts after school was a clear sign that they were not my friends either.

The next day, the summer camp girls were still upset about my decision, and they decided that they were going to do something to get even with me. In a matter of hours, they had concocted a rumor about me that spread like wildfire, ostracizing me from my peers. I didn’t know what to do. I tried everything, from crying in class to gain sympathy for getting angry, but nothing worked. Things got worse and worse until I had no one to talk to at all.

Then one day I was in the cafetorium (a cafeteria that turns into an auditorium during school assemblies) when I realized I had nowhere to sit at lunch. Instead of reacting, I placed my food tray on my lap and began eating. Before I knew it, one of the girls who had spread the rumor stood up and bumped into my tray, spilling chocolate milk all over my new outfit. I cried hysterically, not knowing what to do next.

Then something happened that I would have never imagined possible. A classmate of mine stood up and shamed the entire grade for their behavior towards me. He then asked me to sit with him and his friends at lunch. I smiled and picked up my tray and the food that remained on it and wheeled over to his table.

That day changed everything because it showed me that even though there are many bad people who would hurt me there would always be a kind person.

I have kept this lesson with me for 20 years now, never allowing the hurt that someone put me through to transfer into the next situation in my life.

That is why at the age of 25, over a decade later, I decided to write a children’s book called The Adventures of KatGirl about a superhero in a wheelchair who helps children when they’re being bullied. I wanted to do this for many reasons, including educating children about people with disabilities, but my main reason to help put an end to bullying. I wanted to share the message of kindness that was shown to me many years before to children of all ages. I wanted to turn a negative time in my life into something positive. Luckily, over the last seven years, I have been able to accomplish that on a much bigger scale than I ever imagined.

I am now a children’s book author, and I’m also Ms. Wheelchair Florida 2017. Also, I have the ability to make both attitudinal and legislative change with my platform, Youbilities.

In the end, though, if it hadn’t been for that one fateful day when a classmate showed me kindness, I don’t think I would have ever reached the point where I am now, where I can treat others who try to belittle me with the same kindness that he had shown me. 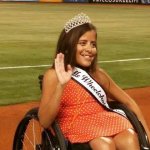 Katherine was born with Spina Bifida, that affected her spine but not her mind. She is the author of a series of children’s books titled “The Adventures of KatGirl”. Her stories are about a super hero in a wheelchair that helps kids who are being bullied. She feels this is the best way to educate and entertain about disability and acceptance and spreads this message by sharing her stories with kids of all ages.

Katherine is also the co-host of a weekly online radio show called “Brain Matter” with Dr. Robert Gottesman that interviews people with disabilities who accomplish extraordinary things. They have had a variety of guests including those working to ensure that people abide by the ADA.

Katherine’s was recently crowned Ms. Wheelchair Florida 2017. Her platform of Youbilities, speaks on focusing on our abilities instead of our disabilities. She is tackling the task of getting this message to the masses through educating children about people throughout history who have lived or are living with disability whom have accomplished great things. She refers to this educational plan as the Youbilities Program.

She also meets with political figures advocating for accessibility. In her free time, Katherine loves going to concerts and the beach, she particularly likes adaptive surfing. She now considers it one of her many Youbilities.