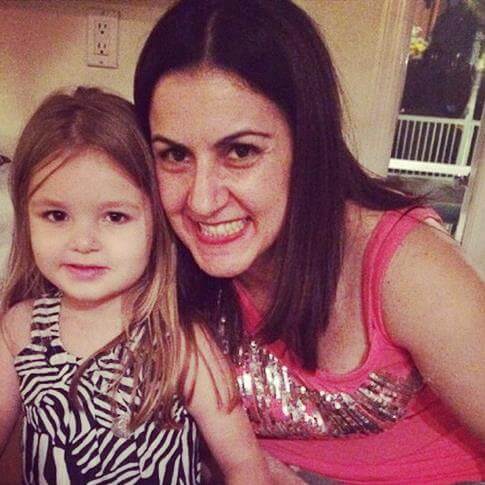 As the year comes to an end, I cannot describe in less than a dozen pages the whirlwind of thoughts that bombard my head every day, trying to come to grips with letting go and making way for the new. I am, you could say, somewhat of a control freak, and letting go to me is no easy task. It takes me an enormous amount of effort, a bird’s eye view, and laser focused discipline to dissect whatever it is I am letting go of in a way that I am able to look back and think of it with love. That goes for E V E R Y T H I N G in my life: friends, boyfriends, dates, family members who don’t visit me while I’m in Brazil for two months, articles of clothing I later regret not buying, not getting fuel at the gas station I just passed while I’m running on fumes, arguments with my four year old who has now taken upon herself to tell me she’s not my daughter when she’s mad at me (her words not mine), fights with my (won’t tell her age) mother, who wishes she could tell me she’s not my mother when she’s mad at me; cancelled dates with my cousin, random thoughts unwritten in my ‘notes’ journal that have lost contextual meaning for whatever it is I meant for them at the moment of their conception… Well, you get the point. I need closure with things. I need to go through a certain ritual that lets me move on. Although I’ve only learned to say this out loud this past year, I’ve been this way all of my life. A closeted pretender of not caring, but secretly caring forever. A passive aggressive, doormat-ish friend/foe/lover who hated giving so much of herself and not asking for the equivalent in return. 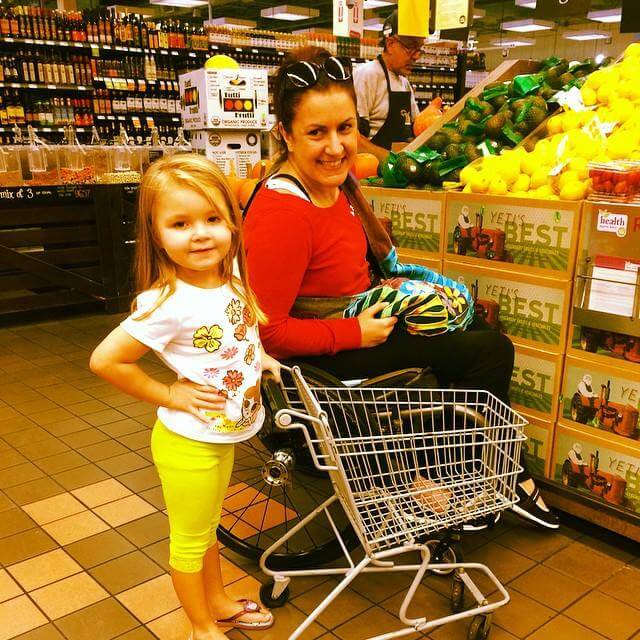 I start my dissection of situations, people and things with a one-word question: Why? My therapist smiles and tells me, “There is only one answer to that question: because.” So, for the first time in almost 39 years, I have stopped with the whys. I’ve stopped the nagging, demanding attitude with the universe around me. Since October, to be exact, I’ve replaced that one-word question with a two-word reply: Thank you. Yeah, you know – the cliche attitude of gratitude type of deal. But, without really meaning to burst the pessimists’ bubbles here, it freaking works – especially if the intention behind those two words is strong, meaningful and heartfelt.

It wasn’t that long ago when the news of Angelina Jolie dissecting (actually choosing to dissect her breasts because she tested positive for a cancer gene) blew up all over the media. I was horrified. I held my ground and did not condone her actions for one second. How, in the name of science, can you cut yourself in that manner and just move on like it’s the newest trend in Hollywood? My simple head could not wrap itself around the complications she could have faced during and after surgery, or the message she was sending her children and women all around the world. I admit I was appalled. This past November, during a check-up of my left prosthetic knee, I found out that the metal stem that connects my femur to the knee joint had come apart from the contraption. In a very, calm, well-mannered way, my brand new assigned surgeon offered me four options: re-do the surgery, which meant I’d lose a couple of more inches of my already shortened left leg from the first surgery and run the risk of having the same issue down the line; fuse the femur and the tibia together and never bend my leg again (a big fat NO); do nothing; and, finally, at the end of our 90-minute conversation, he snuck in the final option: amputation. “People in your condition often choose amputation because it’s less weight they have to carry around,” he casually added to lighten up the weight of the word itself. He did have a point, I thought. My biggest concerns involved my weight-bearing ability (I’ve been banned from bearing any weight since my left leg is completely disconnected) and my overall quality of life if I never stood up again. And, of course, most concerns came about because I have a child to rear. I would like to at least see her off onto her yellow brick road until she finds out that she’s always had the power on her own. The news the doctor gave me was hard to swallow. It was a blow to the conformist inside of me. Immediately, however, at the sound of the word ‘amputation,’ I was overwhelmed with the amount of work I’d had to do to let go of my cherished limb. 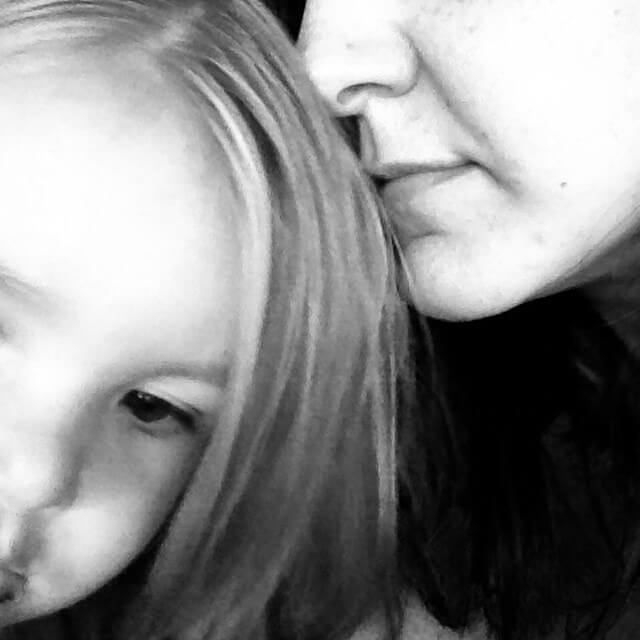 Except for close family, I kept that information very private until very recently. And, I’m only sharing this information in a public forum because, after nine years of being told what I can and cannot do (and defying those predictions), I decided for the first time to listen to myself. I didn’t know how long the answer would take to come, but I knew it would eventually. If there’s one thing I learned in my life – especially post-paralysis – is that I am much more powerful and in control of my choices than I ever was as an able-bodied person. It took several weeks, but the answer came. I chose to keep my leg, my damaged, disconnected, difficult leg. It is my leg, and maybe down the road I may need to opt for more drastic procedures. Right now, it does not make sense to me to interfere with something that is not causing me grief. In the process, however, in the midst of countless tears, pleadings and meditations, I found a connection with Angelina Jolie’s decision and I understood her. I removed all judgment from her decision to handle her body as she saw fit, because I actually contemplated cutting off my leg for the sake of having a couple of extra years with my daughter. I connected with her state of being, with the greater motherhood consciousness. And the only reason I bring Angelina Jolie up in this blog post is because of the publicity she received around the time of her own grievous moment. There were supporters, and there were haters, I’m a bit embarrassed to have been part of the latter, but I’m glad I’ve rescinded. I understand, and I applaud her. In fact, I applaud every single mother able body or not that has to make life altering decisions for the sake of their children. Decisions they will probably never know, never understand and perhaps they’ll be better taking shelter in the ignorance of these facts. We do it, however. Every day. We no longer think of ourselves only and how life will be with a simple choice. The complexity of our choices is incredibly mesmerizing. But, I wouldn’t change one single millisecond of my life. Because, I’m grateful. I may not always have a say in what happens to me, but I know I have 100% control on how to react to it. And, in my small piece of infinity, that makes my life worthwhile for me. 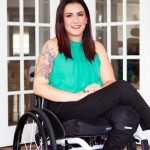 Camile is an essayist, screenwriter and fiction writer. She sustained a spinal cord injury in 2006. In 2010, Camile accepted the job of single-parenting her main source of inspiration — her daughter. She’s currently attending The University of Tampa, in pursuit of an MFA in Creative Writing.

Camile’s discovered writing to be the best antidote for her depression as well as her PTSD — lingering complications from the SCI. The fact that what she writes is entertaining to readers is just a consequence of doing what she loves most. Her writings can be found in five different countries and in several corners of the Internet.