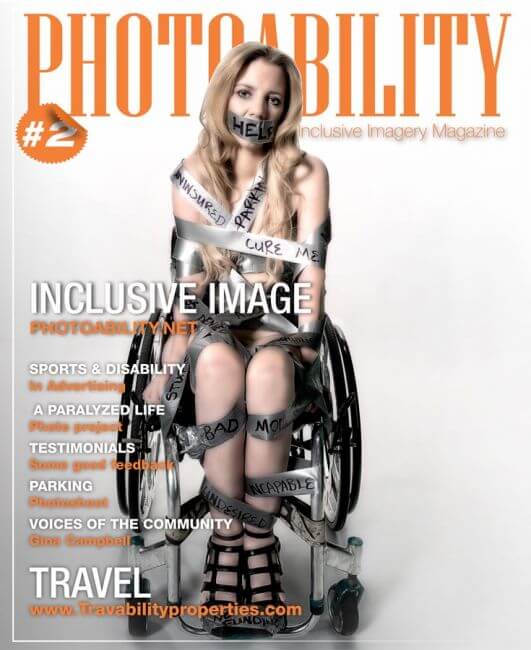 Voices of the Community Series

Editor’s Note:  Rachelle Friedman has become known by the moniker “The Paralyzed Bride” in the Media and we are using the term here to draw attention to the issues she and so many need to be heard.

When I sustained my spinal cord injury three years ago, I was nothing short of terrified. I wondered, “will I ever walk again?” I did my physical therapy and got as strong as I could, but my life as I knew it was over. I so desperately wanted a cure, but I was given zero chance of ever walking again. I started my research, but amongst all of the information I could find was a deep-seated debate on stem cell therapies. Most of those against the research were so uneducated about the whole subject, choosing to base their dislike for the research on false information. I once asked someone who was against stem cell research, “what if it were your daughter? What if your little girl could never walk again? Maybe she is in pain or dependent on a ventilator to survive. Would you change your position?” He admitted that he’d think differently. Well, I’m someone’s daughter too. There’s a father who can no longer hold his child, a boy who can no longer play baseball, and a sweet girl who can no longer breathe on her own. We are real people who are desperate. People have no idea where stem cells can be taken from, and how they are taken. But they choose to stand their ground firmly on something they know nothing about because it doesn’t affect them. One cannot possibly imagine what it feels like to have your life ripped away from you, to lose control of your body. But to have society decide for you that research isn’t a priority is heartbreaking.

Since being injured, I have learned the sad and ugly truth about how expensive getting the equipment you need can be. The first thing I needed out of the hospital was obviously a wheelchair. Throughout the beginning of rehab, it was looking like I might need a power wheelchair. After investigating different models, we discovered that most ran for about $35,000!! Insurance would only pay for $8,000 and there was still so much I needed to purchase so that I could go home from rehab. I eventually was strong enough to use a manual chair, but this would still run me $1,000 out of pocket because many of the things I needed for my chair were considered “luxury items.” That’s right. Items that make our lives just a little bit easier after a severe injury are referred to as luxury items. Amongst the luxury items is a shower chair. Insurance refused to pay for this completely because apparently taking a shower is a privilege. Well, these chairs can run up to $2,000. This is just the tip of the iceberg. Many people are in dire need of equipment that they can’t afford, all because of ridiculously high prices and insurance companies telling us what we do and do not need.

For three years, I have suffered. Many people think that those with a spinal cord injury can feel no pain, but many of us do. I have such terrible neuropathic pain that I will lie in bed awake in the morning with my face clenched up as I’m unable to move. Even breathing hurts. It feels like acid is burning me from the inside out. Or like someone is lighting me on fire. It’s a lonely pain because no one can see it or possibly understand the torture. I take multiple medications that barely touch my pain. These meds come with side effects that often make it difficult to function. They cause drowsiness, low blood pressure, constipation, nausea, and they do extensive damage to the liver. It is insane to me that medical marijuana is not fully legal across the nation because it is much less harmful than the narcotics that many require to function. It appalls me that these politicians are deciding what is and is not right when it comes to my health and well-being. If they could feel what I feel every day for just 10 seconds, I assure you that many would reconsider their opposition to legalization.

Rachelle is part of the “Paralyzed Life” Photo Series presented by PhotoAbility.net

The creative concept is to demonstrate through images the issues that are affecting those individuals with paralyzing disabilities in our country. Rachelle and many others like her who experience a traumatic injury quickly realize the disability is often not the biggest challenge they must overcome.